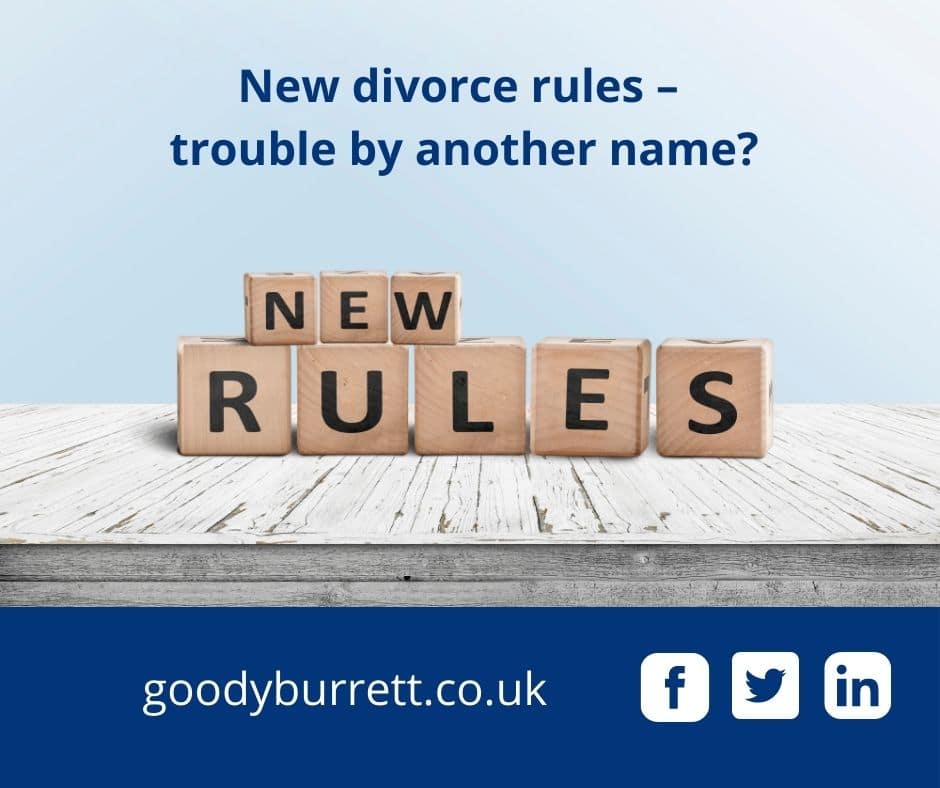 ​Whilst it is true that on the one hand, the new Divorce, Dissolution & Separation Act 2020 – up and working from 6th April – should remove animosity from the equation owing to the fact that the divorce can be achieved without having to allocate blame for the break-up, the rules which aim to facilitate this new legal spirit of amity still allow for foul play.  I’d like to think  this was not the deliberate intention of those responsible for the drafting as the whole point of the new law was/is to try to avoid contentious issues and its consequent expense and complexity.  So, whether the rather loose drafting is down to haste, lack of thought follow-through or sheer mischief remains a matter for speculation.

When an application for divorce is issued (note that after 6th April it is not a petition, but an application), the court dealing with an application must take the statement that the marriage has broken down irretrievably to be conclusive evidence that that is so and make a divorce order.   The person wanting the divorce can apply first for the conditional divorce order at the end of a period of 20 weeks from the start of proceedings and then apply for the final divorce order 6 weeks after that.

Best practice is for the person wanting the divorce to send the application to the other party within 28 days of issue so that the other party has plenty of time to think about what is happening.   But what if they don’t?  The potential exists within the rules as drafted for a married couple to go about their lives as usual whilst all the time, one of them has issued a divorce application but has not yet told the other about it and doesn’t intend doing so until just two weeks before the conditional order is due to be declared.  That leaves very little time for that other party to take advice and act on that advice.

This is particularly concerning where the ending of the marriage may have significant financial consequences for either party – say, termination of matrimonial home rights and widows pensions – and I foresee a situation where swift action will be required in order to prevent loss of said housing rights, or pensions.

It will be interesting to see if, how and when, the rules may be amended or what guidance is given to the judiciary to cope with this very situation.

So, as ever, the moral of the story is seek advice from a solicitor as soon as possible!

Any email enquiries can be sent to [email protected]

For more information on Divorce