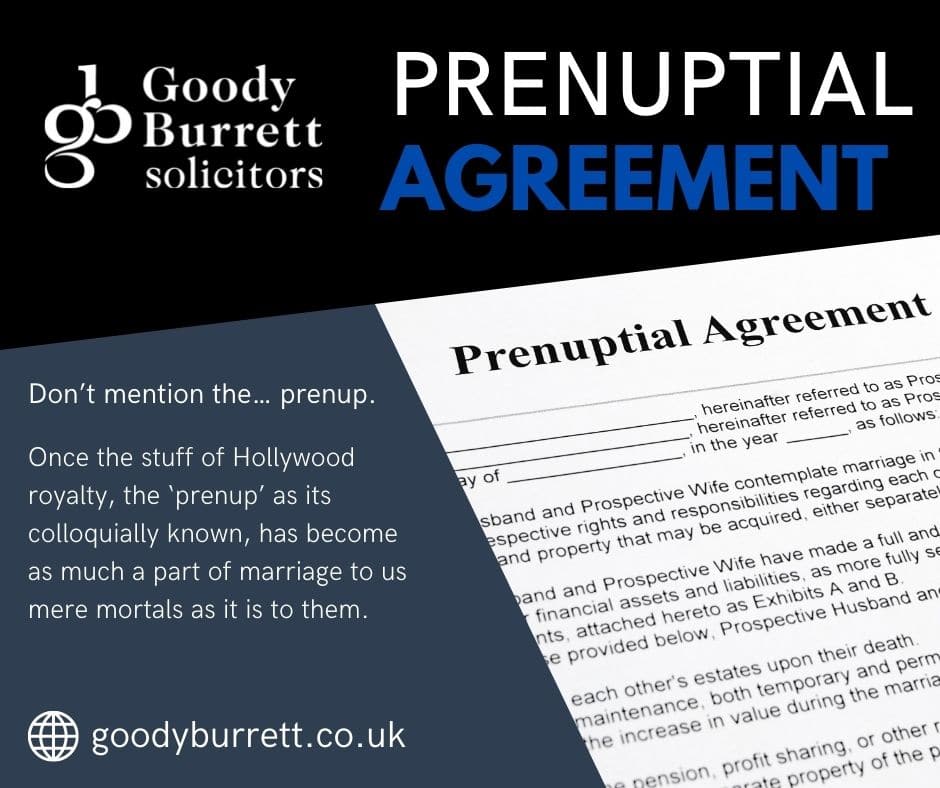 Once the stuff of Hollywood royalty, the ‘prenup’ as its colloquially known, has become as much a part of marriage to us mere mortals as it is to them. For you needn’t have the wealth of Michael Douglas to, quite sensibly it might be said, want to protect your assets.  And where to start? Discuss it with your partner as soon as possible, preferably before the proposal and if not almost immediately afterwards. Speaking from a girl who knows (though you’d think it obvious…) there is nothing less romantic in the lead up to your wedding than negotiating the terms of your divorce.

Nobody wants to enter a marriage planning their divorce but sadly the statistics and Bridget Jones will tell you that half of marriages end this way.  A lot can happen over the course of the years and sometimes decades. A prenup can act as a type of insurance. You’d have health insurance in case of serious illness, or house insurance in case of fire, so why not a prenup in case of divorce? You don’t want these things to happen, or even predict that they will, but there’s a possibility, however slight that they might.

A prenup can protect those valuable assets acquired by a party prior to the marriage, and those they expect to receive in the distant future, for example, by way of inheritance.  They can also be particularly useful in protecting the interests of children from a previous relationship, or if there is a significant age gap between the parties meaning one has a much longer working life ahead of them than the other.

So how much weight have they got? Well, since the landmark case of Radmacher v Granatino, rather a lot.  Whilst they are not binding on the courts, they are indeed persuasive provided each party has entered into the agreement…

– of their own free will

– informed of its implications

– not under undue pressure

In most cases, this will mean having taken legal advice.

The courts should then give effect to the prenup unless in the circumstances prevailing it would not be fair to do so. For example, if the financial situation had changed in a way not envisaged when the prenup was entered into or if it would be prejudicial to any children of the marriage.  You’ll find most prenups contain regular review clauses for this reason.

And remember try to get it sorted sooner rather than later so it doesn’t overshadow your big day!

For more information on Prenups