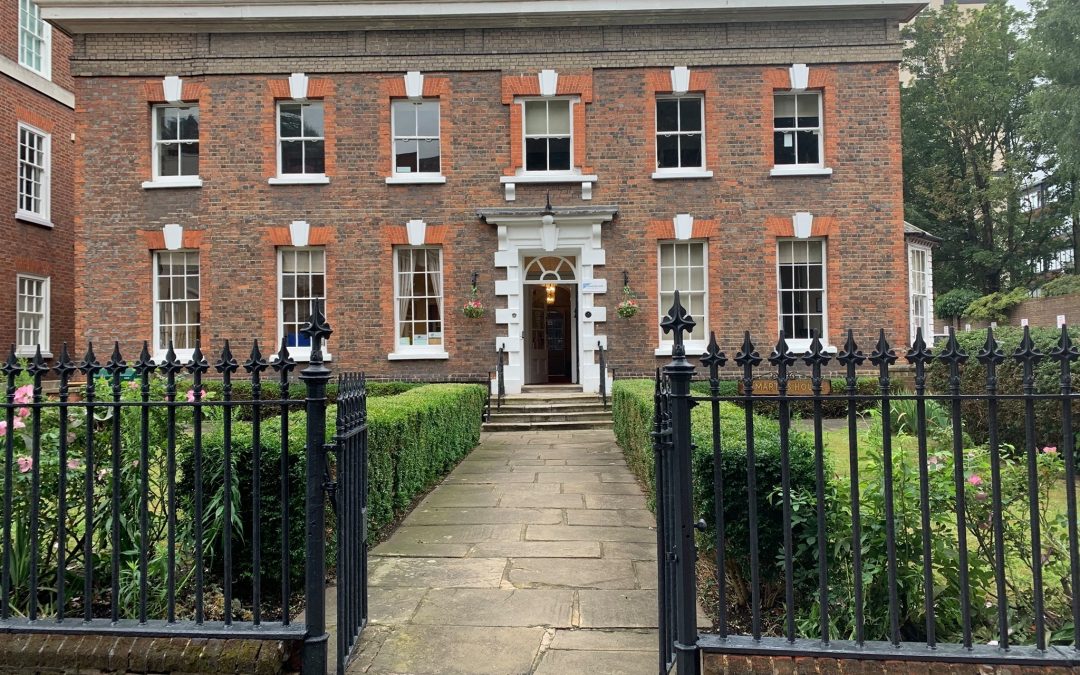 Following the outbreak of the First World War

Not long after the outbreak of the First World War, the Military Hospital in Colchester became over-stretched with wounded and ill men who had begun arriving from France and this put a strain on resources.

A request for help was made to the Essex and Suffolk Equitable Insurance Society – then owners of St Martins House –  in relation to dispensing work for the Military Hospital.  The Society offered space in St. Martin’s House for a temporary over-flow dispensary, which was accepted.  Apparently, it was used for this purpose up until the time the Postmaster General took up the lease on the property (?24 March 1915?).

The Military Hospital needed more help though … dressing soldiers’ arms after vaccinations. Every new recruit had to be vaccinated and, with such huge numbers of men converging on Colchester, there was a high number who experienced an adverse reaction to the vaccination.  The local Branch of the Red Cross Society offered to undertake some of the vaccination dressings for the Military Hospital – it accepted. However, the question was asked “where could these dressings take place?”

Again, the Society obliged and, within twenty-four hours, St. Martin’s House had been converted into a Dressing Station – under the supervision of the Medical Officer and a staff of nurses.  Some of the Society’s staff members from the Fire Office acted as clerks and assistants.  It is reported that 10,000 dressings were carried out there.

Do you have any legal questions? As you may know, we have opened brand new premises in a prime location on Dunmow high street. The current team have been joined by two Solicitors from the Colchester Office on a full time basis.
Georgina Leighton has transferred to start a Private Client department from Dunmow. Services offered include Wills, Powers of Attorney, Care Fees and Estate planning advice.
Chloe Russell has transferred to start a Family department from Dunmow. Services offered include advice related to children matters, divorce, domestic abuse, cohabitation agreements and financial settlements.
Both are delighted to be involved in the continued growth and progress being made at the Dunmow office.
“It is brilliant to be part of such an exciting project. The work done to build the Property department at the Dunmow office has been outstanding and to be part of the continued growth and expansion of the firms Dunmow office is exciting.”
Managing Partner Alice Brett said “As a Small / Medium business we are keenly aware of the challenges faced by all in the Legal Sector currently. As such we are very proud of not only our resilience during such a difficult period but also, of our ability to continue with the expansion in Dunmow. We have a dedicated hard working team of people who have all pulled together to ensure that throughout the current pandemic we have continued to provide clients with the service and care we are known for. Being in a position to expand during this time is testament to our culture and ethos.”
If you would like to contact Chloe or Georgina, their contact details are below ????
✉️ Chloe – Chloe@goodyburrett.co.uk
✉️ Georgina – Georgina@goodyburrett.co.uk
☎️ 01371 873277

If you would like any advice from Chloe or Georgina